6SigmaET is a CFD software tailored for the development of electronic devices. It enables the developer to predict the thermal challenges and to check the resulting solution concepts simulatively, from PCB conception through CAD-based enclosure design to the virtual prototype. Such specialised software continues to evolve through annual releases. Usually, customers’ functional wishes or functional requirements of new markets are the innovation drivers for the software manufacturer.

Release 16 focuses on the bottleneck of all CFD software on the market: speed without compromising the quality of the simulation results! 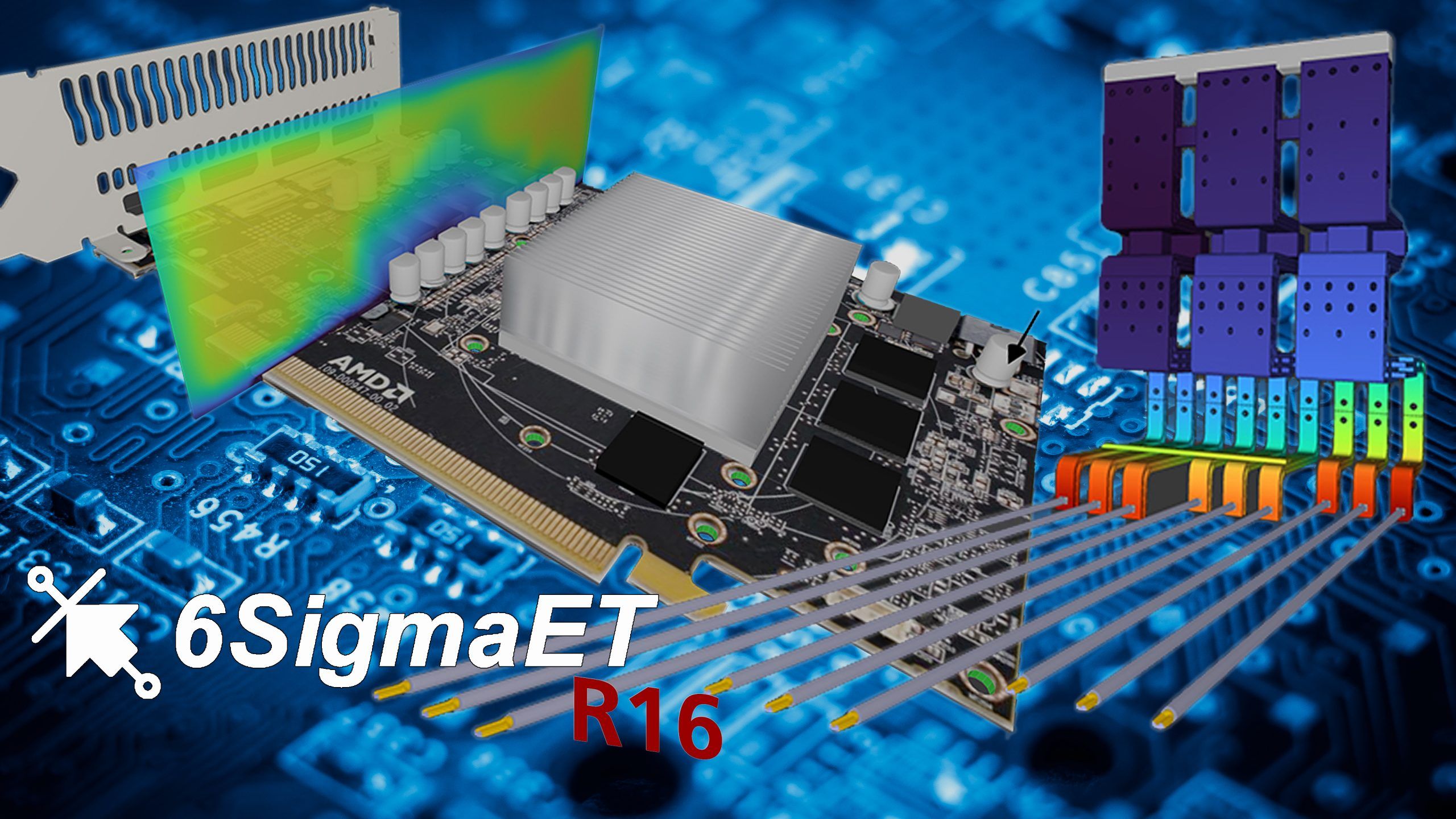 6SigmaET already had the unique selling point of being able to handle a very large amount of detail (up to 700 million solution cells possible) of CAD data and PCB details in its simulations on normal Windows workstations.

In addition to the ease of creating such models, the speed of the solver has also been very impressive. For example, it is not uncommon for the CFD solver to calculate 80 million cell projects overnight until convergence (the temperature behaviour based on thermal conduction, convection and thermal radiation in steady state) and provide the engineer with the results the next working day.

However, the complexity of the tasks has grown considerably in recent years. New electronic devices not only have to incorporate more and more functions in a smaller installation space. No, they also have to cope with higher ambient temperatures, high IP protection classes and possibly integrated energy concepts in a wide range of extreme conditions.

Thus, a standard simulation with clear power dissipation carriers on a PCB and a simulated result in steady state does not provide enough meaningful details for the evaluation of a successful cooling concept.

New factors and details have been increasingly incorporated into simulation models in recent years.

6SigmaET Release 16 offers many important new features to integrate all these details in a single simulation and not block an engineer’s working time with long waiting times during the modelling of the calculation or the evaluation phase.

After all, the software manufacturer has been working closely with the market leader for graphics performance, the company Nvidia, for 1 year now. Here, the company relies on the CUDA technology of its powerful graphics cards.

6SigmaET has been able to set itself at the top of the industry-specific CFD tools in the electronics industry for quite some time due to its performance and thus the handling of many details in a simulation model. However, the integration of the GPU into the GUI (Graphical User Interface = user interface of the software) and the outsourcing of various computational processes before the CFD solvent have immensely accelerated the working speed with 6SigmaET.

The following overview of the highlights from Release 16 should give you a first impression of the areas in which the release focus “acceleration” could be implemented this year:

For more information or to get a free trial licence of 6SigmaET Release 16, please visit our homepage at www.alpha-numerics.de/testlizenz

In order to be able to make a proper effort estimation, the first thing to do should be to clearly define the task. Based on this task, the level of detail for a physically correct model can then be determined. The principle “only as many details as necessary” saves ultimately time and money!

Our special Offer in Autumn 2022 We offer you a free introduction to the...
Read More

Cooling Days - Competent training for engineers After a 2-year break due...
Read More